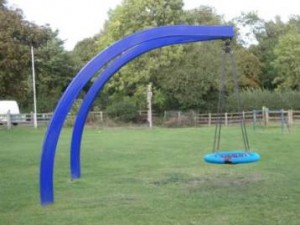 A reminder the the playground is still CLOSED. Although some government restrictions have been lifted, playgrounds are still closed because the virus can remain on hard surfaces for up to 72 hours.

There are signs up explaining this and the area has been taped off, however, some people are still using the play area. 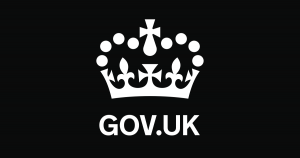 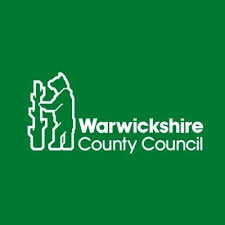 Warwickshire County Council has 150 recycled laptops to give away for free to community groups across Warwickshire.

For any questions relating to the application please email connectingcommunities@warwickshire.gov.uk.

For funding advice and to conduct a funding search please visit:

This site allows you to search for information on current funding programmes across the UK.

The Trust works in two main areas. They are a grant-maker and they are actively involved in supporting projects on the ground in coalfield communities. 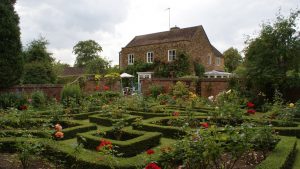 Avon Dassett Open Gardens’ in support of National Garden Scheme (NGS) was due to take place on Sunday 5th July. Obviously, under current Government guidelines, opening are not able to take place. NGS is keeping abreast of new guidelines as they are issued and formulating plans for how openings might work once they are able to take place again. However, as the date of Avon Dassett’s opening is only some six weeks, it is hard to imagine how an opening might operate in any way close to ’normal’ or that it would be sensible to bring a potentially large number of visitors into the village.

Therefore, the garden owners have made the decision that they will not open on 5th July, even if it is allowable to do so. As things change over the course of the year, the garden owners will keep in touch with NGS with a view to seeing if there are other ways that they can support NGS in the valuable work they do. 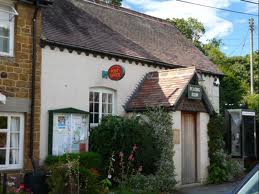 The out reach post office is opening in Avon Dassett on Wednesday mornings (from Wednesday 27 May) from 0920-1000. Social distancing measures will apply. 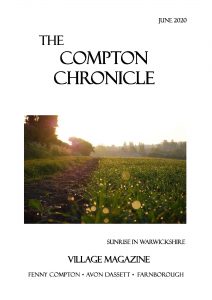 The June edition of the Compton Chronicle is now online: 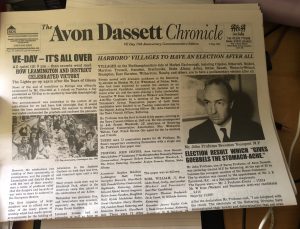 A newspaper to commemorate the 75th anniversary of VE Day has been published by Avon Dassett Local History Group. The paper contains local news from the 1940s including the election of Avon Dassett resident, John Profumo to Parliament in 1940, VE Day celebrations, weddings, births and deaths and misdemeanours including riding bicycles without regulation lights and owning unlicensed dogs.

Current Avon Dassett villagers also recorded memories of their own relatives who served in WWII. These include intrepid stories of surviving a torpedo attack in the Arctic, being shot down whilst flying over enemy lines, and a member of the bomb disposal team who defused V1 rockets.

A copy of the newspaper has been distributed to each household in Avon Dassett and has been received enthusiastically:

“I thought the Chronicle was wonderful and as I have lived here a long time can remember a few of them.” (Sandy)

“Fabulous Chronicle! Well done to all those involved” (Richard)

The newspaper was researched by Avon Dassett Local History group and designed by Nine Point High. 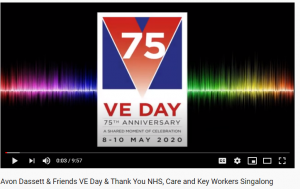 Thanks to Sally Crompton who has co-ordinated this fantastic 1940s Sing-along for VE Day (with a special additional song to thank the NHS/Care and Key workers).

And the song sheet is here:

The YouTube video will be broadcast throughout the village at 3 pm with some live singers (socially distanced of course) to lead the village in a communal sing song.

Villagers are encouraged to be in their gardens from about 2 pm to enjoy a picnic to commemorate VE Day.