St. Joseph’s Catholic Church in Avon Dassett was built by Joseph Knight of the neighbouring Bitham House in 1854. The architect was Thomas Meyer of London. 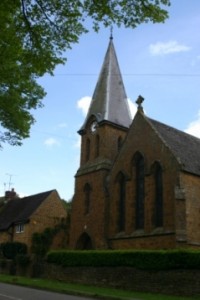 Unfortunately mass is no longer celebrated in English at Avon Dassett but there is a mass in Polish each Sunday at 4pm.