2010 saw things really starting to move forwards for the Avon Dassett Playground Committee. Our core team of three volunteers, Alysoun Glasspool, Tara Lawumi and Sarah Rutherford were delighted to be able to bank their first grant of £8,500 from the Stratford District Council Development Fund. 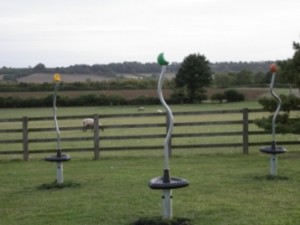 This was followed in April by a £100 donation from the Co-op Heart of England Community Foundation. Subsequent grant applications have been sadly unfruitful, reminding us that we are entering an era whereby grant pots are fiercely fought over, and small village projects like ours fall through the net.

As such, the emphasis on local fund raising is heightened. We are very grateful to many for both their support of our events and their generous donations. A champagne raffle at New Year brought us £95 and the apportioning of 2 fete committee memorial funds (George MacDonald and Paul Ferris) brought us a further £1000. The 2009 fete gifted us £300 which was very generous for a lean (rain induced) year with the committee holding a Christmas raffle bring us a further £55. A magical puppet show in April was thoroughly enjoyed by many children of the village put on for us by the marvellous Tysoe Marionette group, bringing us not just a fun packed rendition of the ‘Just so stories’ but also a further £260 for our pot. The Avon have showed their support with a £200 donation, and the Parish Council kindly agreed to allocate £1000 put aside to action points from the Parish Plan. 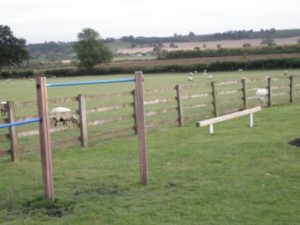 In August 2010 we saw the installation of our ‘star’ piece of playground equipment – the pendulum swing. Being a small community we have made a real effort to include equipment that can span across the age groups. We hope the pendulum swing continues to be enjoyed as a rocking cradle by young babies, as well as being pushed to its limits by groups of teenagers (although obviously with care and respect!).

The Warwickshire probationers once again visited our community to give a new lick of paint to our existing equipment and laid some rubber safety grass matting in the playground area.

We continue to raise funds to fund some new agility equipment in the form of rotalogs, balance beams, wobble bridges, and a see-saw. However, to take this next step we need to increase our coffers. Given the economic climate this burden will fall more on the community and those who use it. Any donations or fund raising ideas would be gratefully received.