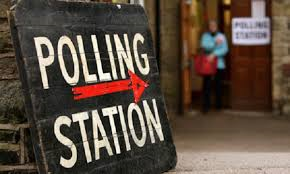 New rules are in place at polling stations for the May 2022 local elections – don’t get caught out!

From 4 May 2023 onwards, the Elections Act 2022 requires voters who are on the Register of Electors to show photographic identification at polling stations before they are given a ballot paper.

What are the accepted forms of photo ID?

This is the list of items that can be used as photo ID at polling stations:-

• A passport issued by the UK, any of the Channel Islands, the Isle of Man, a British Overseas Territory, an EEA state or a Commonwealth country

• A photo-driving licence issued by the UK, any of the Channel Islands, the Isle of Man or an EEA state

• A national identity card issued by an EEA state

• A 60 and Over Welsh Concessionary Travel Card issued in Wales

• A 60+ SmartPass issued in Northern Ireland

• A Half Fare SmartPass issued in Northern Ireland

If you have one of the above documents and it has expired, it may still be accepted as long as the photograph is still a good likeness of you.

What if you don’t have one of these forms of ID?

If you do not have any of these photo ID items, you will be able to apply for Voter Authority Certificate – a free photographic identification document specific for the purposes of voting.

Applications for Voter Authority Certificates will be accepted from 16th January 2023. You will be able to apply either

When you apply, you will need the following

2. Your National Insurance Number; and

3. Your date of birth

What if you can’t produce photo ID and don’t want to apply for a Voter Authority Certificate?

As someone who is on the electors list, if you feel that you might not have any photo ID and do not wish to apply for a Voter Authority Certificate, you can always apply for a postal vote.

What are the deadlines?

If you wish to apply for a Voter Authority Certificate in time for the District and Parish Elections on 4 May 2023, the deadline is 5pm on 25 April 2023. You can apply after that date for a Certificate for future elections.

Are there any other different forms of Voter Authority Certificate?

Yes. If you are an Anonymous Elector, there is a different form and you should contact the Stratford DC Elections Office for advice on 01789 260874.