What is the Household Support Fund?
The government has made available £421 million to the Household Support Fund (HSF) to be shared amongst local authorities in England to provide targeted financial support for those most in need of help with significantly rising living costs. The Fund will support vulnerable households, particularly those including children and pensioners, to ensure that people have the support they need to afford food, energy, water bills and associated costs. More information is available at: https://www.gov.uk/government/publications/household-support-fund-guidance-for-local-councils

What is it for?
The Household Support Fund is to provide support to vulnerable households, particularly families with children and pensioners, affected by significantly rising living costs where alternative sources of assistance may be unavailable.
How much was Warwickshire allocated and on what basis?
Warwickshire’s allocation is £3.47m to cover the period 01 April 2022 to 30 September 2022. Funding has been allocated by population, weighted for the Index of Multiple Deprivation.

How is the HSF funding being distributed in Warwickshire?
Warwickshire County Council is distributing the funding via the Warwickshire Local Welfare Scheme and working with Districts and Boroughs to identify specific projects that can be supported within the scheme’s parameters. The council has proactively identified vulnerable families with children eligible for benefits related free school meals and residents in receipt of pension credit, who are automatically receiving vouchers towards food and fuel costs. Other vulnerable residents who are struggling financially can apply for support from the scheme or other sources by contacting the Local Welfare Scheme Team directly on 0800 4081448.

How can people find out about financial support available to them?
Warwickshire County Council’s webpages (www.warwickshire.gov.uk/localwelfarescheme and www.warwickshire.gov.uk/facinghardship) will be updated with details of support and messages will be sent out via the council’s Twitter (@Warwickshire_CC) and Facebook (@WarwickshireCountyCouncil) social media platforms. Information about food and financial support for those facing hardship will also be shared with schools and other education settings as well as public, community and voluntary sector partners to reach people in local communities who may benefit from this help.

Who can apply for financial support from the Local Welfare Scheme?
Please go to the website https://www.warwickshire.gov.uk/localwelfarescheme for the most up to date eligibility criteria. The additional funding has enabled some temporary changes to ensure flexibility when supporting our most vulnerable residents at times of unavoidable crisis when they have no other means of help

How can people apply for support?
Vulnerable residents who are struggling financially can apply for support from the scheme or other sources by contacting the Local Welfare Scheme Team directly on 0800 4081448. 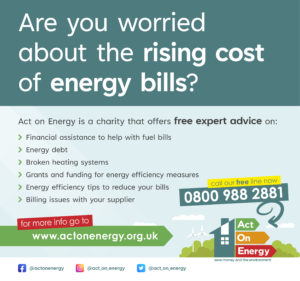 Warwickshire County Council has made a Temporary Traffic Order details as indicated below: 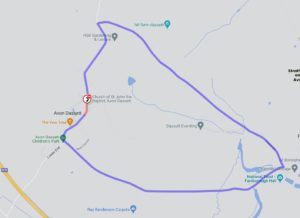 To report any problems with these works or for further details of our current & planned roadworks visit our website www.warwickshire.gov.uk/roadworksmap or call us 01926 412515. 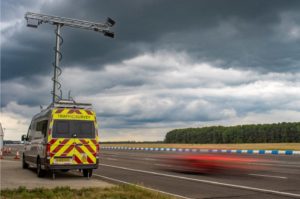 New mobile technology capable of automatically detecting motorists who fail to wear a seatbelt or hold mobile phones at the wheel is being trialled in the UK for the first time under plans to boost road safety.

A new van packed with detection equipment has hit England’s motorways and major A-roads as part of a research project carried out alongside Warwickshire Police to understand the scale of the problem around these dangerous motoring offences. As part of this work, drivers will be sent warning letters in partnership with the police force, informing them of the dangers of their actions.

The ‘sensor test vehicle’ is equipped with multiple cameras which can record footage of passing motorists. Images captured by the cameras are processed using artificial intelligence (AI) to determine if motorists were using a handheld mobile phone and drivers and passengers were without a seat belt. The van is also capable of being kitted with additional technology to detect tailgating offences, although this system does not form part of the latest trials in Warwickshire.

The vehicle, which will be stationary at the side of the road while in use, is being trialled over a period of almost three months.

The warning letters, issued by police, will remind drivers that they could be fined up to £500 for not wearing a seat belt in addition to penalty points. Drivers will also be asked to complete a short survey which will be used to inform National Highways’ research. Using the technology in a van will allow National Highways to test it across different types of road to better understand driver behaviour across the network.

The van is initially being employed for a around three months. Findings will inform the next steps and any future deployment.

This research forms part of National Highways’ commitment to road safety as its number one priority. England’s motorways are already among the safest roads globally and the company has an ambitious strategy to further improve safety over the coming years. This includes a long-term commitment to cutting the number of people killed or seriously injured on the strategic road network to zero by 2040.

Government figures show that there were 420 collisions on British roads in 2019 in which the driver was using a mobile phone at the wheel. Separate figures show that failure to wear a seatbelt has been attributed to one in four road deaths.

“Safety remains our top priority and we want everyone to get to their destination safely. Sadly, there are still drivers who do not feel the need to wear a seatbelt, become distracted by their phones or travel too close to the vehicle in front. We want to see if we can change driver behaviour and therefore improve road safety for everyone. Our advice is clear; please leave enough space, buckle up and give the road your full attention.”

“Despite the often-reported dangers of distracted driving and failing to wear seat belts, the numbers of people killed or seriously injured as a result of these behaviours remain high. The technology AECOM is deploying makes detection straightforward and is providing valuable insight to the police and policy makers on the current level of road user behaviour. We are really keen to use this equipment to raise awareness and help improve road safety for all.”

“We are really excited to see the impact that this new technology has on the behaviour of drivers in Warwickshire.

“Our officers deal with the tragic circumstances of collisions where often innocent people have been killed or seriously injured because a driver was distracted by a mobile phone or someone was not wearing a seatbelt.  These collisions are preventable but we need all road users to do the right thing and comply with the law to make our roads safer.

“During the trial the most serious breaches may be prosecuted, with others receiving warning letters, giving us the opportunity to explain how they have been caught and asking them to change their behaviour.  Next time they may not be so lucky.”

Around 25% of road deaths were linked to not wearing a seatbelt in 2018. In the same year, 117 people were killed or seriously injured in a collision where the driver was found to have been distracted. A recent trial of new static road side tailgating cameras on a stretch of the M1 captured 60,343 occasions of vehicles driving too close, in just one year.

The advice from National Highways is clear: leave plenty of space, buckle up and leave your phone alone.

Previous trials and other road safety

AECOM previously worked with Acusensus (road safety AI specialists) to trial a fixed camera that could detect drivers not wearing seatbelts and holding a mobile phone. The fixed camera was installed on the M4 in Berkshire last year and detected nearly 7,000 people failing to belt up and over 25,000 drivers holding their mobile phone in just six months.

It was the first time this technology has been used anywhere in the UK. The same system was deployed for the first time in New South Wales, Australia, in 2019. Over the last two years there has been a significant and sustained reduction in road fatalities compared with other states and territories in Australia.

Separately, National Highways trialled new tailgating cameras on a stretch of the M1 near Northampton. They captured 60,343 instances of vehicles driving too close in one year (October 2020 to September 2021).

Although the research is funded by National Highways, enforcement of motoring offences will remain a matter for individual police forces.

National Highways also operates three HGV cabs that are used by police to monitor driving on the strategic road network. Around 250 dangerous drivers a month are caught as part of the Operation Tramline programme, with handheld mobile phone use and not wearing seatbelts being some of the top offences identified by police. 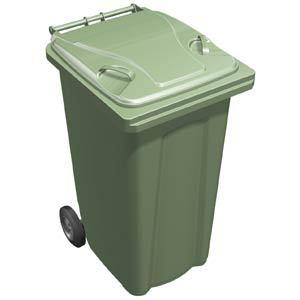 Stratford District Council have issued the following information for residents who may have questions about the new bin collections:

An enormous amount of work has gone into getting us to the current position with constant work of dedicated officers from both councils working together to address issues, resolve problems and quite simply getting the service operational with minimal disruption. I would like to take this opportunity to thank all of those involved that have worked under difficult and stressful services to ensure that every resident gets their household waste collected from the 1 August. This has involved:

It was always known there would be teething problems along the way, as is inevitable with the mobilisation of any big service change. What is important is how these problems are dealt with. As such we have put steps in place to deal with the anticipated issues in addition to programmed daily meetings with contractors and officers involved to constantly assess the situation and to plan accordingly.

Responses to help with current concerns:

You can download the relevant Council app on the App Store or Google Play. Collection dates will be in there from 1 August. Please encourage residents to download the app