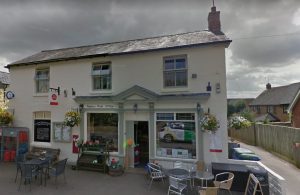 Detectives are appealing for information after a burglary at a Post Office in Napton.

At 7.44pm on Saturday 26 January, police were called to reports of the burglary in progress at the Post Office in New Street.

A group of men got out of a dark blue Volkswagen Golf (partial registration KP64) and used a metal bar to force entry to the premises. They fled the scene with cash.

Police have launched an investigation and are appealing for the public’s help to trace the men responsible.

Detective Sergeant Steve Flavell said: “There were people in the area at the time so I would appeal to anyone with any information that could help us to identify the offenders to contact us and help us bring them to justice.”