“As we head towards the end of the year and the festive season, it is traditionally a time to reflect on the year past, take stock of achievements and plan for the year to come. Recently, I have had the chance to think back a little further in time, thanks to the 160th anniversary celebrations of Warwickshire Police. It’s often said that – despite being one of the smallest forces in the country – here in Warwickshire we punch above our weight. I believe this to be as true today as it has been over the life of Warwickshire Police – and as one of the oldest county police forces in continuous operation, that’s something to be proud of.

Fundamentally, a police force is only strong because of the quality of its people. Just how exceptional our people are was reinforced at the celebration event, when Chief Constable Martin Jelley commended a range of outstanding individuals for their actions over the past year. Bravery, perseverance, dedication and compassion were the hallmarks of all of the good work highlighted, too numerous to mention here but I’d urge you to visit the force website for full details of all those commended.

It was also with great pleasure that I was able to announce the inaugural winner of my Award for Excellence in Policing and Community Safety as PC Martin Rone-Clarke, Warwickshire Police?s Gypsy and Traveller Liaison Officer. Martin has been a key figure working with my office and partners to help launch the new county-wide protocol which seeks to ensure a co-ordinated response to the rise in unauthorised encampments in Warwickshire.

This year he has interacted personally with the occupants of 122 unauthorised encampments, which collectively have had more than 1,100 caravans. In identifying the best way to deal with encampments effectively, lawfully and in a fair way to both the settled and travelling communities, he has helped break down many of the traditional communications barriers that can exist.

I have seen for myself Martin’s exceptional skills at diffusing the tensions that can exist when an unauthorised encampment takes place. He is equally at ease talking to a packed community hall of local residents as he is members of the travelling community.

He is a very deserving winner but overall I was very pleased with the depth and quality of all of the nominations I received, which came from within policing and also from partner organisations and the public. In total we had 14 strong candidates for the award, ranging from individuals working in local communities to teams investigating some of the most difficult cases and complex areas of crime. It made the task of choosing a winner very difficult but I will be ensuring that all of those nominated do receive appropriate recognition for their outstanding work in due course.

Looking to the future, 2018 will see a number of new milestones, as Warwickshire Police continues on its programme of modernisation with the continued roll out of the new technology I have funded and the opening of our new control centre in Warwick, both exciting developments which will help officers and police staff in keeping communities safe. There remain considerable challenges ahead for policing, both nationally, regionally and locally, not least in terms of rising levels of crime and the increased threats from terrorism and cyber-related offences. All of these challenges are having to be met at a time when there are considerable pressures on police finances and I have continued to lobby for fair funding for Warwickshire Police (including to the Home Secretary last week, as detailed on our website).

While there was no specific news for policing in the Chancellor’s Autumn Budget, details of the national police funding settlement will be released later this month, which will enable me to begin consultation on next year’s budget for policing locally, including the amount you contribute through your council tax. I’ll be making clear the pressures on police resources as part of this and will update you in a special edition of this newsletter once all the details are known, so watch this space.

In the meantime, it just remains for me to wish you all a very happy and safe festive period and an enjoyable New Year. 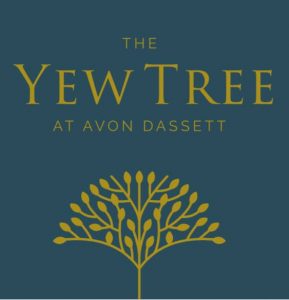 There will be live music at the Yew Tree on Sunday 17th December from the Doc Emmet Brown Trio from 8pm. 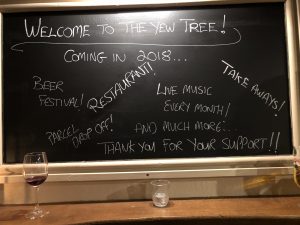 The Yew Tree Public House will now be open from noon on Sundays. Their full opening hours are here. 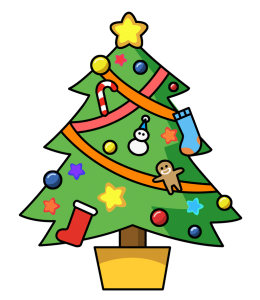 The Warwickshire Local Welfare Scheme helps the most vulnerable residents at times of unavoidable crisis.

It provides basic and essential help for food and energy. This is provided either in emergency food parcels or with credit for energy. It is not a cash benefit­.

The Scheme also provides help to those whose needs are more long term, who are vulnerable through an ongoing set of circumstances rather than an immediate crisis.

This includes people that are care leavers, victims of domestic violence, former armed forces personnel, or those resettling in a community after a custodial term. Help might take the form of help in furnishing accommodation with basic furniture and appliances.

The Local Welfare Scheme will also signpost customers in the direction of other agencies and organisations who can offer help and support.

Some families who are struggling financially and are eligible for free school meals have difficulty covering the period when their children are off school.

This Scheme is therefore an opportunity to reach and help those most in need over the Christmas and New Year period by supporting families with the cost of food for their children over the school holidays.

The eligibility criterion for this offer over the school holiday is that parents are registered for free school meals (not universal FSM) before 15th December 2017.

The telephone contact number is 0800 408 1448 or 01926 359182. When calling, please make reference to the eligibility for free school meals and explain how you are struggling financially.

Applications will be accepted from Monday 18th December 2017 to Friday 5th January 2018 inclusive.

If you have any questions on any of the above please contact Leanne Silverwood on either of the above numbers of via email –warwickshirelocalwelfarescheme@warwickshire.gov.uk. 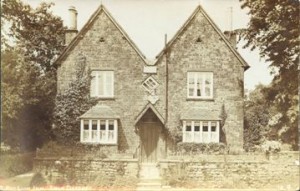 The Yew Tree will open for business on Friday 8 December at 17.00.

The Yew Tree Public House (formerly known as The Avon) is expected to re-open shortly.

Avon Dassett Community Benefit Society purchased The Avon on 21 July 2017 and appointed Steve Forrest as the new tenant in November 2017.

The pub which has been renamed The Yew Tree, is expected to re-open as soon as possible, subject to the installation of new equipment, minor refurbishments, cleaning and the delivery of stock and supplies.

More information on the opening date and contact details will be published as it becomes more certain.

A spokesperson for the Community Benefit Society noted, ‘Now that The Avon has been saved for the village it is hoped that the community will pull together to once again make The Avon the centre of the community.’