Additionally, representatives from Warwickshire Police regularly attend forums, keeping it updated with all current developments. Everyone is welcome to come along and it is YOUR chance to find out what is really going on in YOUR community. 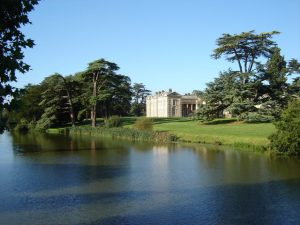 Dogs are now allowed to be walked in the parkland at Compton Verney. For more details see: https://www.comptonverney.org.uk/plan-your-visit/dogs-at-compton-verney/

The Coventry Telegraph has reported that a Warwickshire dog has recently died from the virus known as Alabama Rot: https://www.coventrytelegraph.net/news/coventry-news/deadly-alabama-rot-disease-kills-17638015

What is Alabama Rot?

Alabama dog rot is a disease that causes damage to a dog’s blood vessels and the kidney. It is a mysterious disease which is hard to identify and sadly, very difficult to treat. It can cause a dog’s skin to rot as it eats the flesh of the animal which makes it a particularly distressing disease.

Why is it called Alabama Rot?

Alabama dog rot was first identified amongst greyhounds in the state of Alabama in the 1980s. After this first flair up, the number of reported cases dwindled and as no clinical research was carried out, the disease was almost relegated to history. Because no one has been able to determine what causes the disease, it is now only recognisable by its collection of clinical symptoms. The scientific name for Alabama Rot is cutaneous and renal glomerular vasculopathy (CRGV).

How many dogs have been affected in the UK?

Since the disease was first detected in 2012 in the UK the number of cases of Alabama dog rot in dogs has risen. The most serious outbreak was in the New Forest region of Hampshire but there have also been reported cases in several other counties, with the most recent cases reported Gloucestershire, Monmouthshire, Devon, Dorset, Cheshire, Warwickshire, Greater Manchester and Worcestershire.

How is Alabama dog rot spread?

There has been some speculation that walking dogs in particular areas of the countryside may be a contributing factor, but the Forestry Commission has yet to warn of any specific sites being dangerous, reassuring dog owners by saying “Many thousands of dogs are walked in the countryside every day and it is important to remember that only a very small number of dogs have been affected.”

How do I prevent my dog from contracting Alabama rot?

There are no specific steps you can take to prevent your dog from contracting the disease, but there is some evidence of seasonal fluctuation, with most cases appearing between November and June. New advice suggests keeping your dog away from very muddy areas.

It is suspected Alabama rot disease spreads from muddy and wooded areas – general advice is to wash any mud off your dog as soon as possible after a walk.

It is suspected the disease spreads from muddy and wooded areas – dog owners who do walk their dogs in these places are advised to wash off any mud as soon as possible, and of course, keep close control of their dogs at all times to monitor where they go.

Can other animals catch Alabama Rot?

Other pets, such as cats, guinea pigs or rabbits are not thought to be affected by Alabama Rot.

What signs of Alabama Rot should I look out for in my dog?

The first sign of Alabama Rot is skin sores that have not been caused by a physical injury. These sores can present as lesions, swelling, a patch of red skin, or may be open and ulcer-like. The sores are most commonly found below the knee or elbow or occasionally on the stomach or face. Usually, this will cause localised hair loss and the dog will begin licking the wound. These lesions will be followed – between two and seven days later – with outward symptoms of kidney failure: reduced appetite, fatigue, and vomiting.

Affected dogs will also develop signs of severe depression, loss of appetite and vomiting, quickly accompanied by acute injury to the kidneys.

What should I do if I think my dog has Alabama rot?

The best outcomes seem to be achieved by catching it early and the animal receiving high-quality veterinary care. Whilst some infected dogs do survive the treatments of skin sores and kidney failure, unfortunately, many do not – it is estimated that treatment is only successful in around 20-30% of cases.

It is important, however, not to get overly worried by this as the percentage of dogs in the UK who have contracted this disease is truly minuscule. Though, what is vital, is that you understand the problem and know what to look out for, should your dog come into contact with it, as time plays a large part in successfully treating the disease.

What is the source of Alabama dog rot?

The source of the disease is unknown, with the Environment Agency ruling out any chemical contamination in water supplies. Experts believe the disease is “very similar” to Alabama Rot, thought to be related to a toxin produced by E. Coli bacteria. However, no evidence of this has been found after no signs were shown on the infected dogs. 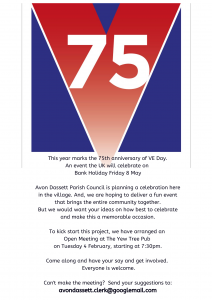 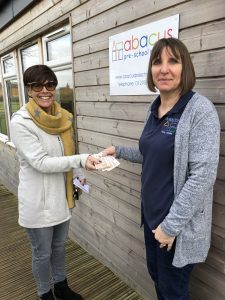 Delighted that the village Xmas card raised £60 for Abacus Pre-School in Fenny Compton. Sandra Sandiford popped in to deliver the money which will be spent on resources for the Pre-School. Thanks to everyone who donated! 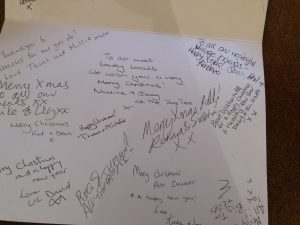 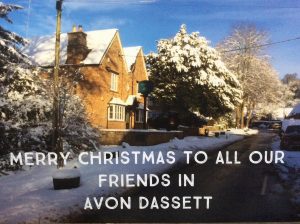 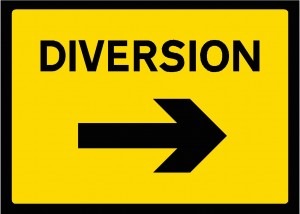 The road from Avon Dassett to Farnborough will be closed for up to 10 days from 18-27 January due to works being carried out by BT. Diversions will be in place.

Severn Trent are undertaking repair and maintenance work near Spike Cottage, Avon Dassett on Thursday 16th January 2020. They are putting a temporary road closure in place from 14th January for no more than three working days. Access to frontages and parking may be restricted during this period. 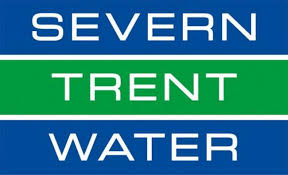 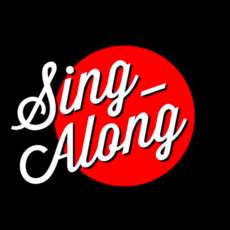 Next Dates for Sing Along with Sally at The Yew Tree 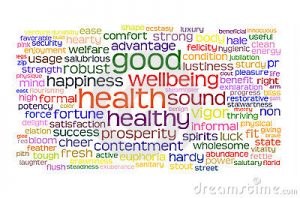 Groups can bid for funding from £5,000 to a maximum of £10,000 per initiative. Projects must be delivered in Warwickshire and need to address one or more of the following health and wellbeing priorities:

Organisations are asked to submit an application online via www.csw-jets.co.uk. Once the application is live it can be viewed under ‘Tenders’ and found by searching either ‘WCC-8587’ or ‘Warwickshire Public Health Grant Funding’.

Support from Warwickshire Community and Voluntary Action (CAVA) is also available to voluntary and community groups with the application process. There is no cost for this support. Contact Tracy Southam, Mid Area Manager via tracy@wcava.org.uk if you require advice or support. WCAVA will be holding a grant application training workshop to support groups interested in applying for a grant. The workshop will be held in Rugby Borough on 20th January (am).  Booking details will be available in the funding application.