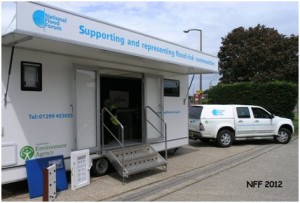 Warwickshire County Council and The National Flood Forum have organised for the recovery trailer to visit each Borough/District the week commencing 9th March. The aim of this is to:

Due to the size of the trailer, we have picked one location in each Borough/District. Communities are welcome to attend the most convenient for themselves.

The trailer will be in Stratford from 11am – 6pm

The Commission has now completed its review of Warwickshire. I am pleased to announce the publication of the Commission’s report setting out our final recommendations for Warwickshire County Council, which is published today. A full copy of the report and a summary is available on our website, http://www.lgbce.org.uk/current-reviews/west-midlands/warwickshire/warwickshire-county-council. An interactive map of final recommendations is available at https://consultation.lgbce.org.uk/node/3224

We would also like to invite you to participate in our online opinion survey. This survey seeks feedback on the review processes and procedures, in order to identify improvements that can be made. We would be grateful if you could spare some time to visit our website, at http://www.lgbce.org.uk/about-us/lgbce-opinion-survey to complete the survey.

If you require a paper copy of the opinion survey please contact Heather Fuller on 020 7664 8534.

The District Council is undertaking an informal consultation about the scope and content of the Gaydon/Lighthorne Heath (GLH) – Supplementary Planning Document (SPD).
The Council’s Submission Core Strategy sets out at Proposal GLH the policy basis for the development of a new settlement at Gaydon/Lighthorne Heath that will incorporate up to 3,000 new homes and a substantial expansion of Jaguar Land Rover’s operations.
The SPD takes the form of a Framework Masterplan to guide developers and the local planning authority in respect of environmental, social, design and economic objectives as they seek to create a new community at Gaydon/Lighthorne Heath.

This informal consultation is part of the ‘Involve and Engagement’ stage of SPD preparation. It is designed to ensure the wider engagement of local communities and stakeholders in the preparation of the SPD. Comments are invited on any aspect of the SPD.

Drop in sessions will be arranged in the local area during the consultation period.

Please note that comments on the inclusion of Proposal GLH in the Core Strategy, or on alternative sites, are not sought at this time.

The views expressed in the consultation will be reported back to The Cabinet and appropriate changes to the draft document will be made.

Further progress will depend on Proposal GLH being confirmed in the Core Strategy. The Examination hearings into the Core Strategy finished at the end of January 2015 and the Inspector’s Report is awaited. The SPD can only be adopted if the Core Strategy is adopted with Proposal GLH included. If this is the case, a second more formal period of consultation will then take place, as required by the Development Plan Regulations. The amended draft SPD will also have an accompanying Sustainability Appraisal and Consultation Statement.

Comments must be received by the District Council by 5.0 pm on Monday 30 March 2015.