The Dassett Country Show raised over £4,000 for charities and local community causes. The sponsored charities this year were BLESMA, Macmillan Cancer Support and Dogs for the Disabled.

Come along to the Reading Room on Thursday 6th November at 7.30 pm for the AGM and learn more about this fabulous community event. 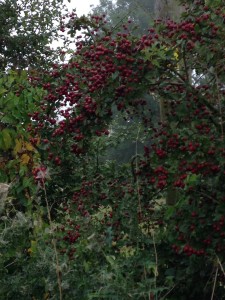 Scams are everywhere, how will you know?

Southam SNT would like to raise awareness of current scams taking place. Victims receive text messages asking them to make contact urgently to another mobile number as the other person has run out of credit.

This is a scam. As soon as you ring the number back you are being charged a higher call charge.

Steps to not being a victim of this crime:

Southam SNT would also like to highlight other types of scam that have occurred throughout Warwickshire.

Police are reminding Warwickshire residents never to disclose details about their security, bank accounts or other personal information to ‘cold callers’ over the phone.

The alert comes after reports were received from residents of North Warwickshire, who had received cold telephone calls from people advising that they can offer a service to reduce Council Tax.

The telephone calls may appear genuine and they may know the address and phone number of the people they are targeting. They will also have access to Council Tax Band information and may know other personal details. The phone calls have been requesting for a representative to visit the targeted address and verify the householder. 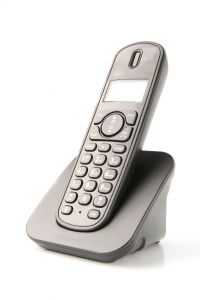 To protect you from becoming a victim of fraud:

• Do not to give any personal details out on the phone or by email.

• Do not arrange any meetings or home visits on cold telephone calls.

• Do not open the door to any cold callers. You can always ask for callers to post through Identity Cards for you to see, call police if you have any doubts.

• Do not pass any bank details or make any purchases on cold telephone calls.

• If there is any doubt, request a phone number from the person you are speaking with and hang up and contact police for advice.

Fraud and identity theft is one of the fastest growing areas of crime and occurs when your personal information is used by someone else without your knowledge.

“Our message is very simple – do not give personal details, and especially not bank details, in response to telephone calls from people you do not know.”

If there is any doubt over your Council Tax Band please call the Valuation Office Agency on 03000 501501 or visit http://www.voa.gov.uk/corporate/CouncilTax/CTScams.html.

West Mercia Police and Warwickshire Police are also warning people to be aware, after an elderly lady was conned into transferring nearly £100,000 from her bank account.

The woman aged 89, from Atherstone in Warwickshire, was called by people posing as bank officials and officers from the Metropolitan Police. They told her there was a problem with her bank, which the police were investigating and she was tricked into transferring the money ‘to be safe’.

“Whilst people are generally aware of such scams, these criminals target vulnerable members of the community. I would urge people to talk to close friends and relatives who they think could be at risk.”

If you receive any suspicious calls or have any information on these types of scams, please contact police on 101.

If you want to give information without giving your name you can also call the charity Crimestoppers on 0800 555 111 or visit their website www.crimestoppers-uk.org

Any incidents involving persons stating they will be attending your address should be reported to Warwickshire Police on 101.

For further detailed information please see the Link below:

Operation Hindhead took place on the 8th July 2014, The operation was targeting vehicles carrying scrap metal. Officers from Stratford, Wellesbourne, Southam and Shipston Safer Neighbourhood teams took part alongside staff from the Warwickshire’s Patrol teams and were supported by teams from Stratford District Intelligence team, and partner agencies: Vehicle and Operator services agency (VOSA) HM Revenue and Customs(HMRC), Trading Standards and Stratford District Council Licensing. The operation commenced at 9am and ran through to 2.30pm.

The results were that 25 vehicles were stopped,

This sends out a clear message to all illegal scrap metal dealers and road users that Warwickshire Police will proactively seek out such activities.

Receiving stolen goods is a crime

Warwickshire partners are sharing a cautionary tale, telling residents that deals which appear too good to be true could result in serious consequences for recipients. A new Warwickshire community safety campaign has been launched with an important message about the criminal consequences of receiving stolen goods and reminding people to think about the victims of crime.

The message is being conveyed to residents via posters, radio adverts and animations with cartoon depictions of different scenarios involving stolen goods. Each image illustrates the circumstances of the crime and the potential penalties recipients could face.

“Selling and receiving stolen goods is a crime, which could result in a prison sentence. People need to think twice before buying if a deal sounds too good to be true. The stolen goods market generates numerous victims and people should not forget the misery and concern that offences such as robbery, burglary and theft cause.

“Warwickshire Police is committed to working in partnership to tackle these issues. I would ask that if anyone has information regarding stolen goods that they inform us at the earliest opportunity, either in person or using Crimestoppers on 0800 555 111. Crimestoppers is a confidential service that people can call anonymously.”

When a crime has been committed there is always a victim. In the case of stolen goods it is the company, shop or individual who has been targeted to provide supply of the goods in the first place. The campaign message extends tips to local people to help them avoid becoming a victim themselves by taking some small steps to protect their property from thieves.

When leaving the house:

“The stolen goods market prevails because it is lucrative for thieves so we need to work together to make it harder for these criminals to profit from the proceeds of theft.

“We hope the message that receiving stolen goods is a crime will serve as a deterrent to would-be purchasers who may be unaware of the consequences of a fine and a criminal record. We hope people will think twice before they accept a deal which appears to be too good to be true and bear in mind the true costs of cheap goods to both themselves and the victims.”

“This campaign raises awareness of the stolen goods market and takes positive steps to tackle it. We are committed to keeping our communities safe and hope the safety advice on offer will reassure people that there are lots of small things they can do to minimise the risk of falling victim to acquisitive crime.”

For more information about the campaign, to download materials, or to watch the commercials visit: http://safeinwarwickshire.com/ 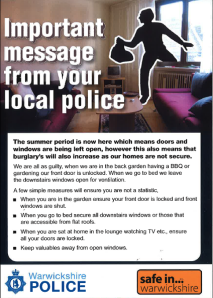 For more information about other county council community safety initiatives go to www.warwickshire.gov.uk/communitysafety