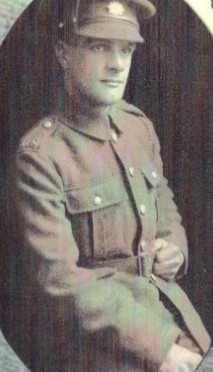 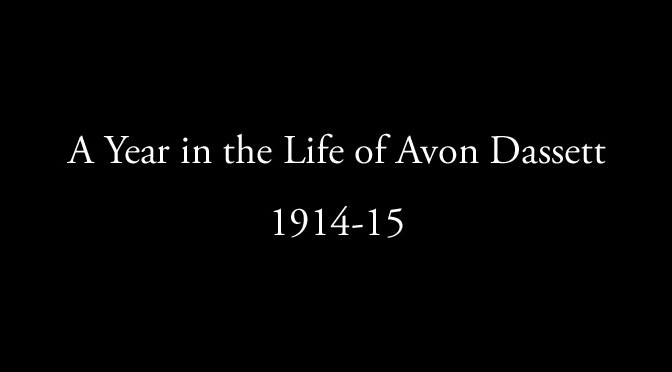 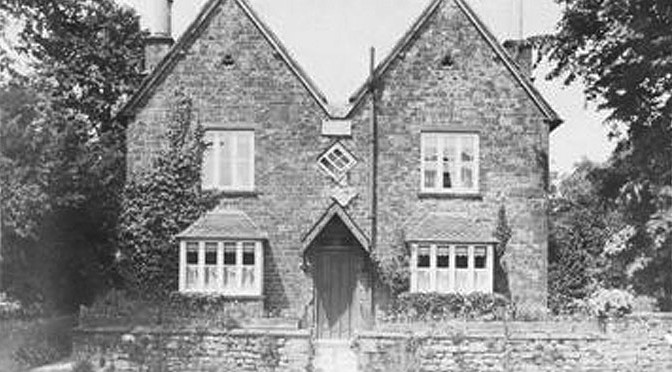 Life goes on as normal in the small rural Warwickshire village of Avon Dassett. But the life of the community is about to change for ever.

END_OF_DOCUMENT_TOKEN_TO_BE_REPLACED

The Extraordinary and the Everyday: A Year in the Life of a Rural Community, 1914-15 has followed the fortunes of the small Warwickshire community of Avon Dassett from the month that war broke out until August 1915.

The whole village was consumed by the war effort: hosting evacuated Belgian children; donating produce and money; curtailing leisure activities; volunteering as reservists or nurses; and of course, for the men, enlisting for active service. At the same time, ordinary life had to continue, and the Rural District Council battled with health, sanitation, roads and drainage issues.

The Lord of the Manor of Avon Dassett, William Holbech of the neighbouring Farnborough Hall was the first local fatality He rejoined his regiment in August, sailed to Belgium and was mortally injured in the first battle of Ypres, dying in London at the end of October 1914. Herbert Cooper was the first Avon Dassett man to lose his life. He was posted as missing presumed dead in May 1915 and his body was never found. In all, three local men died during the war.

No new information will be published on the blog but it will remain as an archive of a remarkable year in the life of the village.

Avon Dassett Local History Group would like to thank the sponsors of the project: the Heritage Lottery Fund, the Dassett Country Show and Avon Dassett Parish Council.

End of Project Exhibition at the Dassett Country Show, August 1 2015

The project published nine newsletters throughout the year and distributed them freely to everyone in Avon Dassett so those without internet access could follow the project.

Please see our newsletter archive below:

Reverend Hugh Francis Neville Inge was born in Athelington, Suffolk in 1872. Reverend Inge came to Avon Dassett in the summer of 1917 following the death of Reverend Vaughan W Phillpot. He had previously lived in Leamington.

Reverend Inge enlisted on 18th April 1916 and served with the British Red Cross Society, Order of St John of Jerusalem.

He received the Victory Medal and the British War Medal.

Sergeant Wadland was born in Devon. He was the oldest son of George and Alice Wadland, farmers in Avon Dassett.

Private Wadland enlisted in the Warwickshire Yeomanry in 1908 having previously served in the Imperial Warwickshire Yeomanry since 1903. He took part in local training sessions between 1905 and 1914 at Warwick Park and Salisbury Plain. He was promoted to Corporal on 14th May 1901, Lance-Sergeant on 28th May 1911 and Sergeant on 20th February 1912. He was embodied on 5th August 1914 and was with the expeditionary forces in Egypt. He was discharged 30th October 1915 having been found medically unfit for further service. His condition was attributed to his military service. Private Watts was born in Leicester and lived in Avon Dassett. He was the son of George Winthorpe Watts and Bertha Watts.

Before enlisting he was a postal assistant.

He enlisted, aged 23 years and four months in the Army Service Corps on 23rd January 1915 at Leamington and was posted on 29th January 1915.

Private Mason was born in Avon Dassett in c1900. unfortunately there are no surviving military records for him.

Private Spike was born in Avon Dassett. He was the second son of Henry and Jane Spike. He was a labourer and living in Coventry before enlisting.

Private Spike enlisted in the 5th Battalion the Royal Warwickshire Regiment at Coventry on 11th December 1915.

Private Spike was discharged category E (unfit and unlikely to become fit within 6 months) on 9th June 1916 “ being found medically unfit for military service”. His military character was good.

Private Cooper was born in Avon Dassett in 1892, the son of George Cooper. Prior to enlisting he was a groom.

He was admitted to a field hospital on 8th August 1918 suffering from ‘shellgas’. He was transferred to England on the “Cumbria”.

Private Sealey married Mildred Mary Fisher at St Joseph’s Church, Avon Dassett on 8th May 1915. Before enlisting he was a chauffeur. The family moved to Kildare where their first son Charles was born on 4th February 1916.

Private Sealey enlisted, aged 23, in the field from the British Red Cross Society to the Army Service Corps and was posted to France with the British Expeditionary Force as an ambulance driver.